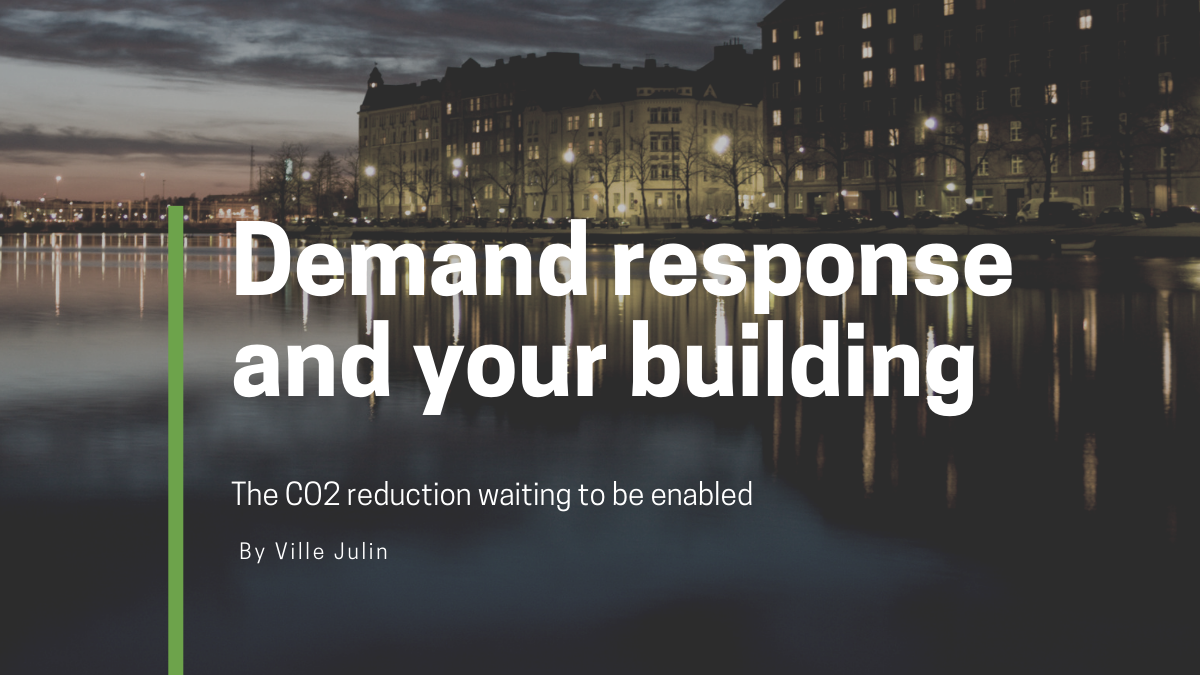 The electricity grid must be in balance all the time. This means that production must equal consumption. When an electricity grid is imbalanced, only production adjusts its output, which is expensive and leads to more CO2 emissions in most cases (when fossil fuels or gas are the primary inputs).

Demand response is a tool to balance the grid. With demand response, buildings can adjust their electricity consumption based on the grid’s status and get rewarded for it. The building’s mass acts as energy storage, thus HVAC-processes are possible loads to be controlled. There are also other options, such as lighting.

Grid balancing is when the loads react to the status of the grid almost in real-time and controllable capacity of the loads is sold to different energy markets. Nuuka is targeting these markets, because the data being collected helps Nuuka to develop a software for demand response.

In total, demand response helps make for a more efficient electrical grid by adjusting consumption in buildings. Demand response is a technological solution that helps buildings cut CO2 emissions. In 2013, the European Commission noted that the 'potential of demand response at the Union scale is enormous' and that peak demand could be reduced by 60 GW, which is approximately 10% of the EU's peak demand.

The need for demand response grows all the time due to the increase of intermittent renewable energy in the electricity mix (such as wind and solar), which makes electrical grids more unstable due to weather uncertainties.

Now, roughly 2500 buildings are connected to Nuuka in Finland, which gives Nuuka a great opportunity to make an impact environmentally and financially by helping buildings provide demand response to their local electricity grids.

« Nuuka welcomes Ville Kattelus and Ville Julin to the team